Elizabeth Mukasa: Living out Her Faith through Social Work

Written by Baylor School of Social Work Team on 11.1.18

Whether working with the refugee community in Kampala, Uganda, interviewing vulnerable youth in Western Africa, or beginning her master’s degree at the Garland School of Social Work in Waco, Texas, Elizabeth Mukasa stated that faith has been the driving force in her desire to know and help others.

“Faith is the only reason,” Elizabeth explained. “[My mindset is] just following what Jesus did, whether I’m a social worker or not. I mean, he spoke against injustice, and I don’t think I can be a Christian and look at injustice happening. He fed the poor. I cannot see my neighbor being hungry and not look for ways to help them. So, my faith is part of it. It’s not a profession for me; it’s how I live out my faith.”

Elizabeth's time working with refugees at Refuge and Hope International had an enormous impact upon her views of social work and humanity.

“Refuge and Hope is a community of refugees where you get such a rich experience, like a melting pot of cultures. You get Muslims who rarely eat with other religions because it’s against the Koran, but they do that in that community. You find Christians, during Ramadan, fasting together with the Muslims. And you find [cultures who] traditionally cannot interact with [each other] socially outside the community sitting together and having conversations. It’s just a beautiful experience,” she claimed.

Other than witnessing this unique experience of differing religious and ethnic groups coming together and overcoming inherent differences, Elizabeth stated that her role within Refuge and Hope was quite meaningful, and a wonderful learning opportunity.

“My work there was working with girls in a shelter program—girls who had gone through war and trauma, and helping them through the journey of healing and helping them be who they are really meant to be. Aside from dealing with what’s going on in their lives, bringing their real selves back to life is important, because society has told them ‘because you’ve been abused—because you’ve gone through this, then you’re this.’ But then, that’s not who the real person is. That’s not what God intended for them. And so, in my view, my job was more of helping them see who they can be. And so, it was challenging; at times, it was a lot of work [and] long hours, but for me, I cannot trade that experience for anything. I didn’t even view it as a job,” Elizabeth said.

Elizabeth understands this experience to be worthwhile, empowering, and impactful to her worldview and overall perspective.

“I got a very deep experience of what love is,” she reported, “in you being loved despite of who you are. And so, whether you’re a Muslim, a Christian will say ‘I love you,’ not because they want to convert you but because you’re a person who has value, who deserves dignity. And [there are] not very many places that you’ll find [that] kind of vibe going on. And it wasn’t forced—it was just there. So, it was empowering for me to see that. And it brought in my mind to look at the world as a good place, as a place where people can be good, even though they’ve gone through bad situations.”

In fact, she credited her time at Refuge and Hope International as changing her outlook and mindset on social work as well.

Inspired By Her Love for Youth

Elizabeth also has experience working with vulnerable youth, including children and teenagers facing such issues as child prostitution, drug abuse, and gang violence. She reported that her motivation in working with youth came from her love of speaking with youth, as well as the experiences she witnessed occurring to her childhood friends.

“My interest was speaking to them, empowering them, [and] doing team-building activities. I just got shoved in, and my heart stayed. I loved the children; they were rough. They taught me a lot. I feel like I learned more from them than I actually helped them,” she claimed. “But I also grew up in a not-so-very-smooth childhood. So, I saw many of my friends take drugs at an early age. I mean, it was the common thing in the neighborhood.”

In particular, Elizabeth recalls observing friends and peers being coerced into early marriages, even though state policies were changing to outlaw this practice.

“Many of the girls would be forced into early marriages. So, I have friends who were married off, at even twelve,” she explained. “That kind of shaped my interest in empowering them because if someone is empowered, they’re able to say ‘no.’”

Elizabeth went on to explain how even though the policies have been changing throughout countries, cultural and societal norms are still influencing whether the new laws are upheld.

“If the girl says ‘yes, I want to get married,’ then no one would stop them. But, this whole society has told them, ‘you have no option.’ So, the ‘yes’ is not coming from a point of consent; it’s coming from a point of ‘that’s how things have been going on.’ So, seeing all of that, I’ve always wanted to speak out against those things, and that’s kind of what led me to go into that line of work, and it led me to social work, unknowingly."

Inspired By Her Mentors

Other than faith and her work experience, Elizabeth cited many individuals as important inspirational figures in her journey toward social work, including former social workers, teachers, and mentors.

“Ever since I was growing up, I’ve been interacting with social workers in some way because I was sponsored by Compassion International, and that’s how I was able to go to school,” she said. “The social worker was someone I could talk to; I found a sort of refuge with the social worker I interacted with, and I grew to admire what they do and wanted to kind of do the same.”

Elizabeth also stated that teachers were instrumental in her education and progression of both her career path and life, particularly in how to overcome obstacles and believe in oneself.

Moreover, Elizabeth credited her spiritual and emotional growth with mentors, particularly during her high school years.

“I grew a lot with the help of my mentor[s] because they’re able to guide me…having someone to look up to is very important,” she said. “I was able to know who I am, and it has shaped a lot of how I turned out to be.”

In fact, Elizabeth stated that mentors provided her with the information about scholarships that allowed her to attend the University of Nairobi, Kenya to earn her undergraduate degree in psychology. In turn, her degree in psychology impacted her perspective of human need and thus influenced her interest in social work.

“What I learned from psychology was even your mental health, your wellbeing is influenced by a lot of your experiences and a lot of your learning, what you’ve learned from people around you, and I think most of the issues that we see around us or in society all begin from the family,” she reported. “Psychology for me was a beginning of exploring why we do what we do. Connecting to social work, if we can empower families to better take care of people who have mental health issues, who have drug and substance abuse issues, if the family is strengthened to be a support, their chances toward healing or their journey towards healing will be much easier.”

Though Elizabeth stated that she knew she wanted to go to graduate school, she wanted a different experience than she had during her undergraduate experience.

“I wanted to go back to school immediately, but I didn’t want to stay in the same environment. I love exploring; I like looking at new things and just getting different perspectives about life. So, I delayed a bit; I waited out on that. Then, I started looking for [new] opportunities,” she mentioned.

She then stated that her friend who happened to be an alumnus from the Global Mission Leadership program at the Garland School of Social Work heard about her interests and suggested that she apply for the program.

“He pointed me toward GML and told me, ‘yeah, I think it kind of fits with what you’re working with, and it might help you grow in certain skills and be more skilled in your work.’ So, that’s how I applied,” she reported.

Elizabeth went on to explain how much of an opportunity it has been for her to receive the scholarship from First Baptist Longview and be accepted into the Global Mission Leadership Program.

“It means more empowerment to the people I’ll be in touch with. So, being given a scholarship is empowerment to me right now, but in the long run, I see it as an opportunity to empower the people I will interface with in the future. I think it will open so many chances for me to just touch lives, and I think that’s what life is about,” she claimed. “It’s not about class or how much we get to know; it’s more of how much we influence peoples’ lives and help them change if they can.”

Upon graduation from the Garland School of Social Work, Elizabeth reported that she is interested in continuing her work with refugees and possibly engaging in work related to global health.

“I want to grow in those skills,” she explained. “There are many people who are educated at home but being able to use that education to bring lasting change—that is the biggest hurdle that we face. I desire to see change one on one. But, I desire to see structural change, and I hope that one day, after I complete my studies here, I might be one of the people who help influence structural change.” 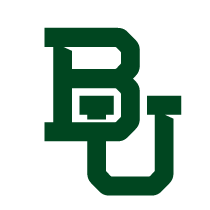 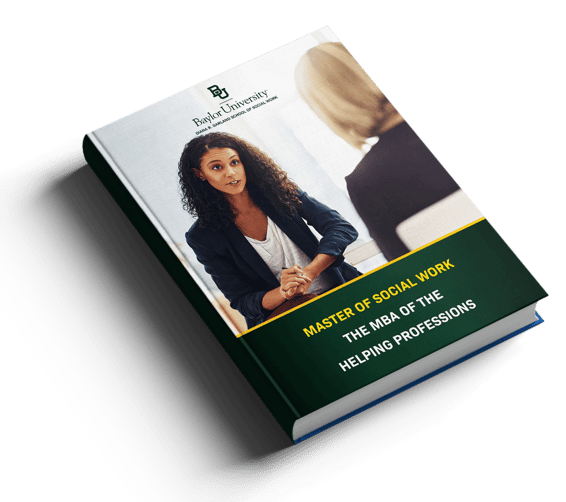